The Asus Chromebook Flip C436 isn’t your typical Chromebook in terms of design or functionality. It isn’t even a standard premium Chromebook in the traditional sense. The ultraportable two-in-one, which starts at $800, looks and feels as nice as top Windows 10 laptops such as the 2020 Dell XPS 13 or Apple’s newest MacBook Air, which are all available now. As part of Intel’s Project Athena initiative, it’s also one of the first Chromebooks to be co-engineered with the company, which means it satisfies specific standards that make it significantly faster than other Chromebooks.

The Chromebook Flip C436 is stepping into some huge shoes. Asus is well-known for creating high-quality Chromebooks, but the C434 from last year was the best in its class. It had a thin-beveled, slender, and light chassis, great performance, and a 360-degree hinge, all for a beginning price of $569. It also had a 360-degree hinge and a starting price of $569. Our reviewers dubbed it the “best Chromebook you could buy in 2019”. 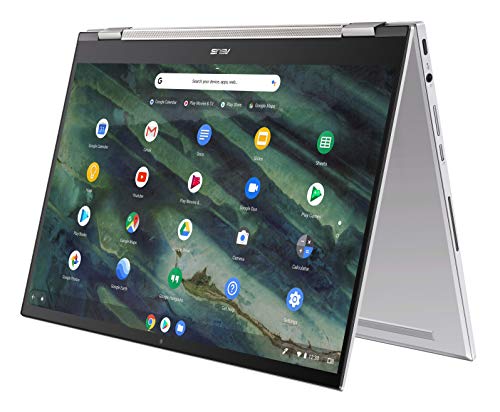 The Chromebook Flip C436 has a starting price of $799, making it one of the most costly Chromebooks available. The base model we tested is equipped with an Intel Core i3-10110U processor, 8GB of RAM, and a 128GB solid-state drive.

There is also a more expensive $999 variant that comes with a Core i5-10210U processor, 16GB of RAM, and a 512GB SSD. The laptop is offered in two color options: “Transparent Silver” and “Aerogel White,” and both models include a 14-inch, 1080p screen. Asus does not presently sell the Flip C436 with a storage capacity of 256GB.

The Chromebook Flip C436 is a strikingly attractive laptop, with a few distinguishing features that stand out from the crowd. First and foremost, there is the white lid. The ivory lid contrasts sharply with the chrome Asus logo and silver hinges, giving the Chromebook a crisp and uncluttered look.

I especially appreciate the attention to detail in the hinge. The thin rectangular surface is covered with fine stippling, and a small hexagonal cutout lends a touch of regal elegance. I wish the speakers were hidden behind the hinge, but the intricacy (as seen on the Yoga C940) is just decorative.

That is not to say that the design is inherently inefficient. It is true that the Chromebook Flip C436’s wedged front corners make it simple to open the lid, and that it is a 2-in-1 laptop that can be transformed into a tablet or used in tent mode for watching. The hinges were strong, and I had no trouble turning the screen around when I tested it. Speaking of robustness, the magnesium alloy chassis offers a substantial feel to it, albeit not quite as luxurious as aluminum chassis. In addition to having low display bezels, the Flip C436 also features a tiny display, but we’ve seen far smaller ones.

Chromebook Flip C436’s 14-inch 1080p display is crisp and colorful, albeit not particularly bright, despite its low resolution (a recurring complaint we have with Asus laptops). Regardless, I had a good time writing this review on the display and, I must say, I loved clearing my mind by viewing YouTube videos.

It was David Harbour’s Red Guardian suit, which was a ripe tomato shade of red, that stuck out in the Black Widow movie trailer. With the Flip C436 panel, Harbour’s unkempt beard was on full show underneath his mask, proving that you don’t need a 4K panel to capture a detailed image of him. Each individual strand of hair was plainly visible on the Flip C436’s panel, as were the strands of hair shooting out in every direction.

When it comes to screen brightness, Asus has a tendency to underperform. It’s unlikely that Asus will make the Flip C436 experience the same problems, but I’d like to see the company step things up a little bit. The Flip C436’s display is dimmer than the displays on the Pixelbook Go (368 nits) and the Galaxy Chromebook (287 nits), respectively (357 nits). It at least outshines the Chromebook Flip C434 (286 nits) and the category average in terms of brightness (280 nits).

Chrome OS is a lightweight operating system, which is why the Intel Core i3-10110U processor and 8GB of RAM in the Chromebook Flip C436 are sufficient. During real-world testing, the laptop performed well, even when I opened 22 Chrome tabs, four of which were playing 1080p YouTube videos, without experiencing any latency or freezing. Stuttering did not occur when I accessed the Play Store or when I began downloading one of the many available free games.

When it came to benchmarking, the laptop performed admirably, earning a score of 2,699 on the Geekbench 5.0 overall performance test. That outperforms the PixelBook Go (1,356, Core i5-8200Y) by nearly twofold and even outperforms the Galaxy Chromebook in terms of performance (2,232, Core i5-10210U). The average for the category is 3,432.

We were impressed with the Chromebook Flip C436’s 9 hours and 25 minutes of endurance on our battery test, despite the fact that it fell short of setting a new record (continuous web surfing over Wi-Fi at 150 nits of brightness). 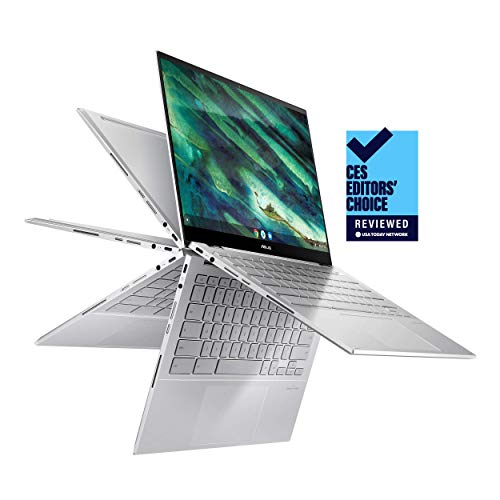 The Chromebook Flip C436 is a fantastic laptop with a beautiful, lightweight design, a vibrant display, and decent performance. It is also a wonderful value for money. However, it hasn’t been as successful as the Chromebook Flip C434 that came before it. Pricing is a contributing factor to the problem. This is a lot to ask of individuals, especially those who are fleeing to Chrome OS as a last resort since Mac and Windows 10 computers are too expensive for them.

Another factor contributing to the Flip C436’s lack of brilliance is the resurgence of competition from devices such as the PixelBook Go and the Galaxy Chromebook. However, for $649, you can have a small design, a beautiful display, and excellent battery life. The Pixelbook Go does not provide the same flexibility or performance as the Pixelbook. If you spend $200 more than you would on the Flip C436 you can get the Galaxy Chromebook, but you’ll be giving up endurance in exchange for a beautiful 4K AMOLED screen.

Last but not least, if you have a limited budget but want a 2-in-1 that runs Chrome OS, the Chromebook Flip C436 is the model to choose.

Best Chromebook for School in 2022